To create a new dimension in Google Analytics 4, navigate to the Events page, which can be accessed via the Events left navigation menu. Click on the "Create custom dimensions" button.

In "Dimension name", input any human-readable name, which will be visible in the Google Analytics dashboards. For the Scope, select "Event". In the event parameter input, use the name of the dimension you specified in DataUnlocker (note that this value can only be in "dimensionX" format to be compatible with Universal Analytics). 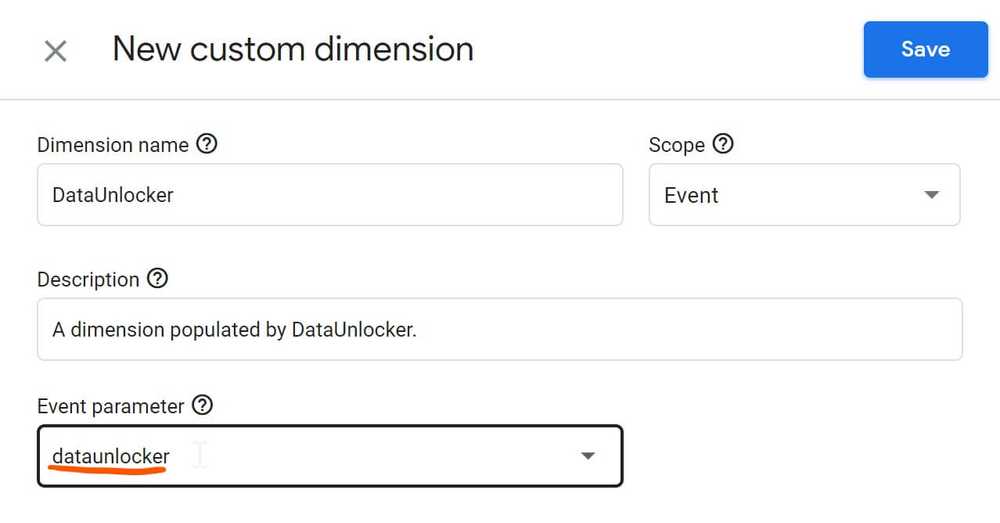 In the example above, "dataunlocker" is used as a value of the event parameter name. Ensure that it is the same value you have specified in DataUnlocker, in the "custom dimension name": 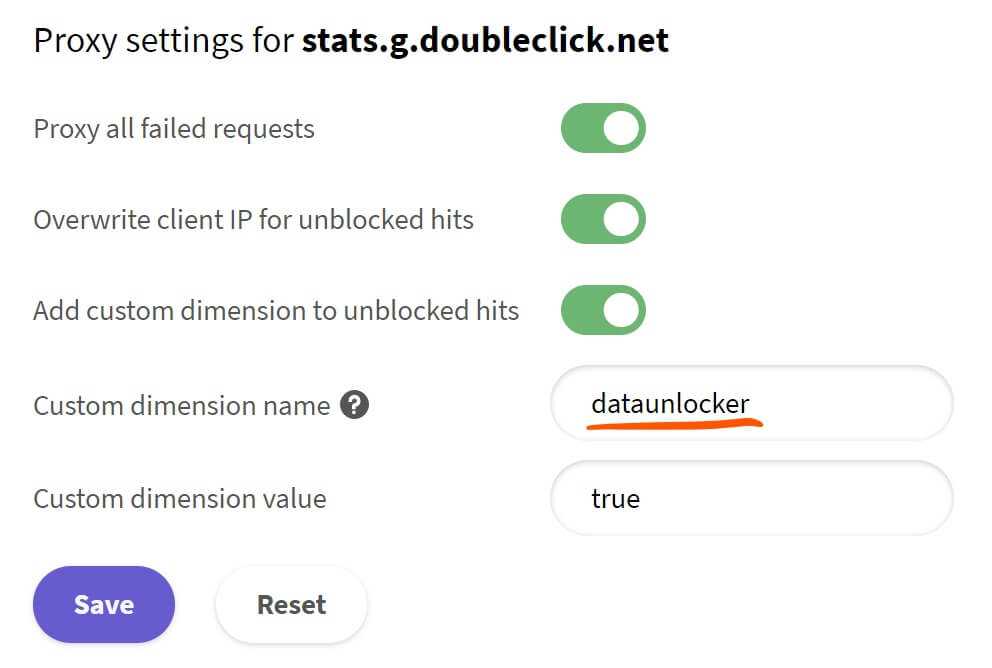 Now, by analogy to how it works for universal analytics, add a segment matching your custom dimension to see distinguish unblocked users in your reports:

Select your custom dimension by name from the dropdown menu, and put "true" (or whatever you specified in DataUnlocker) as a value of "Dimension values". 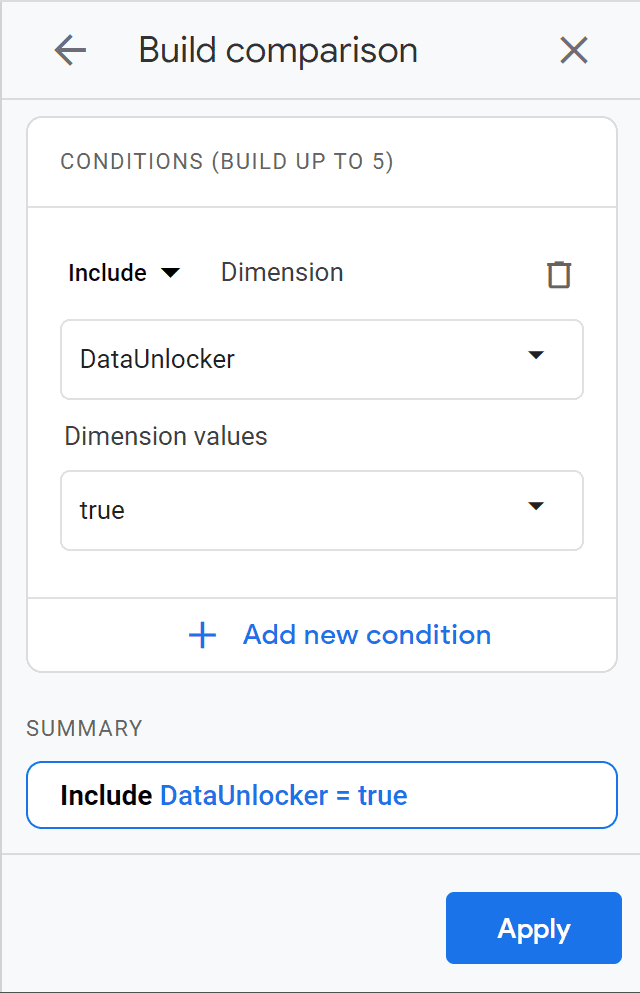 After some analytics is collected, you should see the comparison view of 2 segments: all users and unblocked users. Below is an example of how it will look like for Google Analytics 4 engagement overview.